Aravallis- From hills to apartments, Life Inspired and more..

Aravallis - From hills to apartments 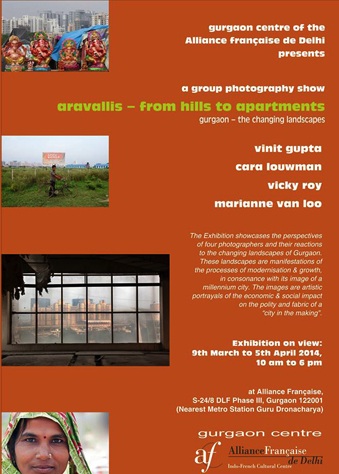 The exhibition showcases the perspectives of four photographers and their reactions to the changing landscapes of Gurgaon. These landscapes are manifestations of the processes of modernisation and growth, in consonance with its image of a millennium city. The images are artistic portrayals of the economic and social impact on the polity and fabric of a city in the making. 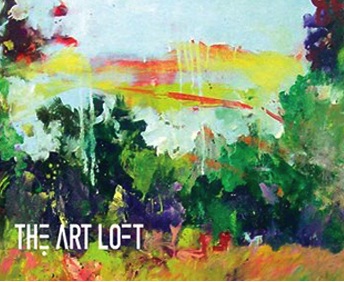 The Art Loft, Mumbai presents ‘Exploring Nuances of Oil Painting’ an invite to art enthusiasts to dabble in oil painting and explore its nuances with French artist Soazic Guezennec. Soazic lives and works in Mumbai and usually blends a poetic vision with a sense of threat in her works. She has been acknowledged and appreciated for her ecological sensibility that reflects in most of her creative works.

In the workshop, participants can explore the nuances and techniques of oil painting. You can also bring along the work of an artist you admire and Soazic will guide you to create your own interpretations inspired by their work. Her classes and way of teaching are intended to make the student independent and fearless in exploring their own path. 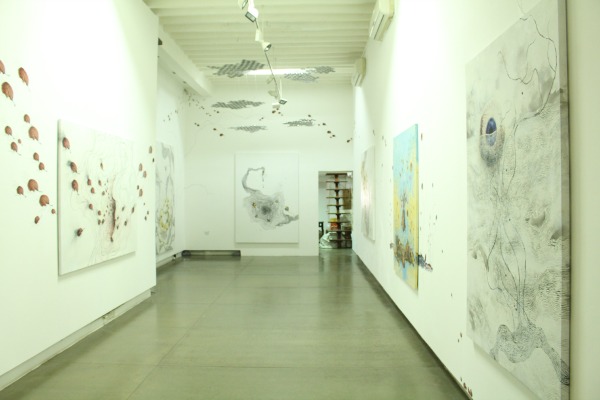 Nandita Kumar’s show Let THe bRAinFly is a mind trip and not only because of the awkward spelling of the title (“I do all my titling slightly dyslexic because I’m slightly dyslexic,” she says). There are the titular brainflies, literally brains with wings, that flit across the gallery walls of Lakeeren in Colaba, where this show is taking place; clouds of drain covers that hang from the ceiling; and canvases that leak bug-like creatures that on closer inspection turn out to be livers and legs and other errant body parts. “Letting the brain fly symbolises freedom of thought,” says Kumar, an Auckland- and Mumbai-based artist, who was born in Africa, and who made her way to our city via Austria, where she spent a year living on an organic beef farm. This work, she says, is an attempt to bring together various strains of thought – of living on a metaphorical plane without losing track of reality; of embracing our masculine and feminine sides; of understanding sexuality; of living in the present; and of navigating life with an acute awareness of both mind and body. “Your true journey starts when you’re ready for an adventure,” says Kumar, who took us through this complex work and explained what it all means. 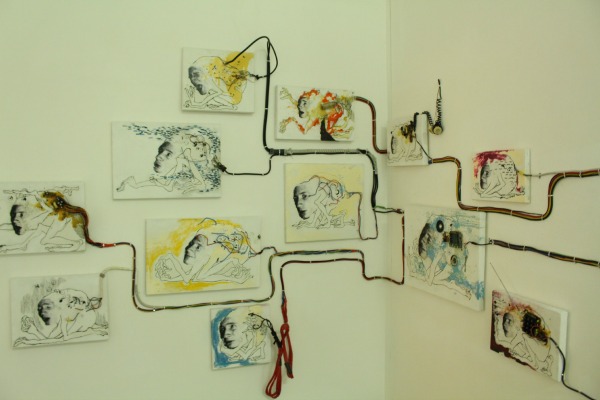 “When I migrated to New Zealand, I began analysing what I was experiencing, Carl Jung calls it the process of individuation,” says Kumar who has degrees in painting and experimental animation and filmmaking from universities in California, New Zealand and India. This wall of heads, called Assembly Line Emo, is she says all the emotions one experiences in the process of figuring things out – fear, guilt, pain – and the personas we adopt – the finger pointer, the listener, the tripper. Just out of frame in the lower right corner are tiny brains in wheelchairs, which Kumar says are symbolic of the process of evolution, “that at some point the brain has to get out of the wheelchair”. 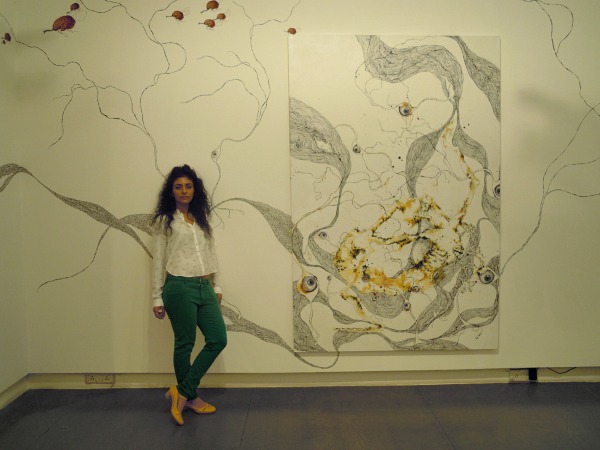 Neuron Scape, says Kumar, is evocative of Ardhanarishvara, that is, the joint male and female figure of Shiva and Parvati. “If you don’t respect the feminine power, you can’t respect the masculine.” Kumar’s works frequently transgress the traditional barrier, not just metaphorically, but also literally, which is why these works flow off the canvas completely. 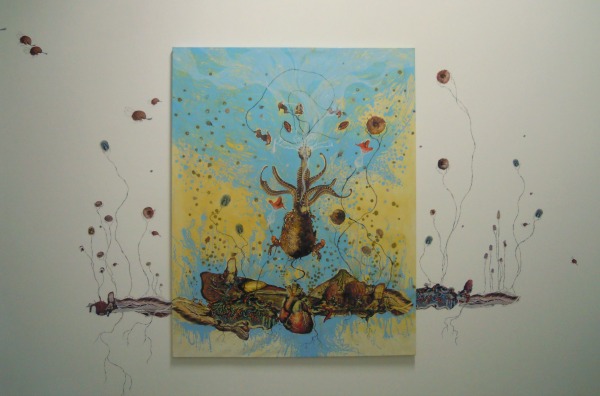 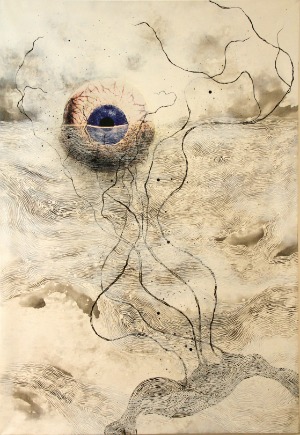 The all seeing third eye bobs in an ocean – is it sinking or rising? “It could be either,” says Kumar, who titled this work simply C. “It’s about seeing things as it is, an awakening of sorts.”
(Report sourced from Mumbai Boss)
Posted by JohnyML at 6:18 AM